The terms “forced air” and “central air conditioning” are terms that are often used interchangeably, but are in fact two different parts of a home HVAC system. To avoid confusion in certain situations, Bartlett Heating & Air Conditioning explains the difference between these two HVAC components.

This means that most types of HVAC systems, including furnaces and heat pumps, can be considered forced air systems. Heated air from a furnace is fed into air ducts and  circulated throughout the house. By the same token, warm air from a heat pump can be fed into the same air ducts. A system of blowers, vents and dampers control the amount of air blown into each room.

Central air conditioners are independent of furnaces, but both can be installed concurrently and utilize the same forced air system, since you won’t be using both your heating and cooling system at the same time. Some air conditioners also double as heat pumps, since they’re essentially the same type of system that utilizes compressed refrigerant to generate both warm and cool air.

Call Bartlett for Your HVAC Needs

Searching online for “heating and cooling companies near me”? Call Bartlett at (630) 372-7640. You can also fill out our contact form to schedule an appointment. We serve customers in Bartlett, IL, and surrounding communities. 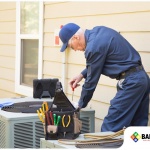 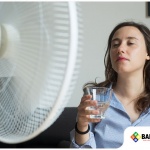 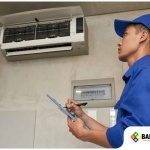